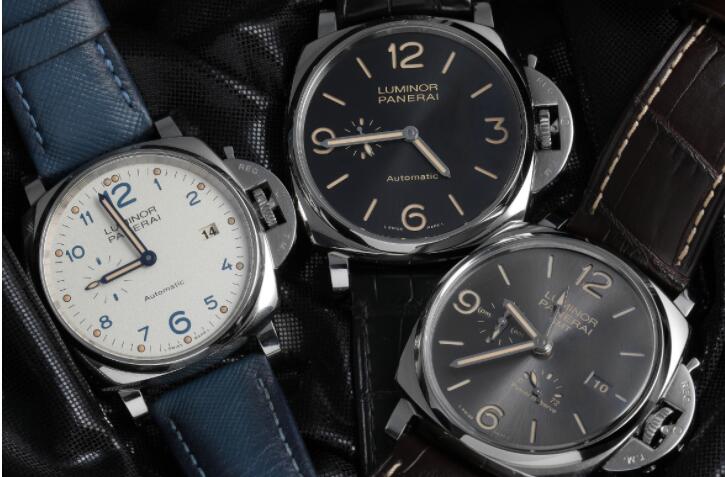 Panerai has long been known as the original oversized watch. Tasked to create watches for the Italian Navy in the 1930s, Panerai is identified with large, often bulky, but robust and reliable timepieces. This also paved the way for its mainstream success, beginning in the 1990s, as the choice timepiece of action stars like Sylvester Stallone.

In 2016, when most watchmakers were increasing their watch sizes, Panerai shifted its gears in another direction. It introduced the Panerai Luminor Due – a smaller, dressier, more refined take on the classic Luminor case.

With the Panerai Luminor Due, the Italian-born brand gave fans something new and even convinced watch lovers who have not considered Panerai watches before.Due (read as doo-eh) means “two” in Italian, suggesting that the Panerai Luminor Due is the second generation of the iconic Luminor collection. The Luminor Due is actually built in the mold of the Luminor 1950 case – the pillow-shaped case, the prominent lugs and the patented crown guard and lever protection system, remain.

What the Panerai Luminor Due takes away is the thickness of the case, which is now about 40% smaller than the Luminor 1950. The result are still large watches by watchmaking standards, but svelte, sleek and rather elegant.

What catches the eye is its newfound thinness – with a case height of 11.2mm for the Luminor Due 38 and approximately 10.8 mm for the Luminor Due 42 and 45; these watches are slim enough to slip under the cuff of a dress shirt. With the slightly domed crystal and angled lugs, the result is a beautifully proportionate design. The Luminor Due is also rather unisex in its appeal, fitting well on the wrists of most men and women. The Luminor Due’s first outing in 2016 came in stainless steel and rose gold, with dials available in black, anthracite grey, and a refreshing ivory dial with blue Arabic numerals and luminous dots.

By 2021, the Panerai Luminor Due expanded the line to include cases in titanium and Goldtech, Panerai’s patented 18k rose gold, which blends copper and platinum to create a rich, redder hue.Also notable is Panerai’s use of beige Super-Luminova for the dials, which create a tasteful, retro charm. All models come with the quick release strap system, which allows for different strap options and more stylistic freedom. Straps come in standard black, brown and navy blue, with bolder options like light blue and red.Known primarily for its beginnings as a dive and military watch, one thing that’s always expected from Panerai is significant water-resistance.

To achieve the thinner cases of the Panerai Luminor Due however, their water resistance was reduced to just 30 meters (3 bar), from the 100 meter minimum of other Panerai watches. This further establishes the Luminor Due line as more boardroom than surfboard worthy.Thinner movements were a precondition for the slimmer case of the Luminor Due models. The 42mm models feature the P.1000 movement, a small, hand-wound 3-Days caliber; while 45mm variants are powered by the thin but complicated P.4000 in-house caliber, which adds a micro rotor-driven automatic winding, power reserve indicator and GMT function.

The 2021 Due models feature a new in-house movement, the scaled back caliber P.900 – a 3-day automatic with date that has a thickness of only 4.2 mm. It was made specifically for the new Luminor Due series.If you’ve always loved the Panerai design but have slimmer wrists or a penchant for dressier timepieces, the Panerai Luminor Due collection is a very solid choice.