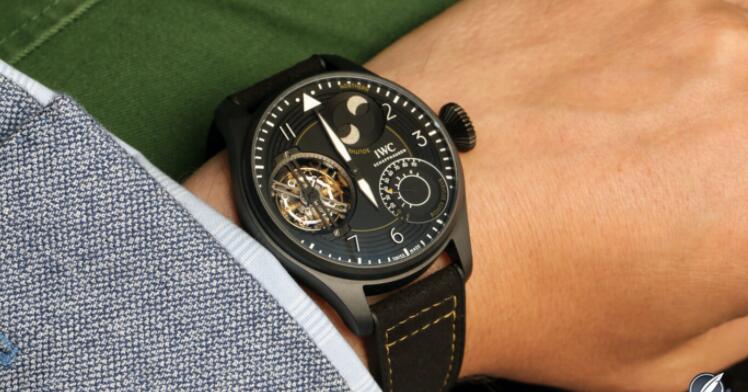 Before human beings invented manned flight, our view of the night sky was extremely limited. Unless you happened to be one of the very few who had climbed tall mountains (which before the 1780s would have been rather dangerous), it is more than likely that most people had approximately the same view of the moon and the sky above.

In 1783 the first hot air and hydrogen balloons took to the skies, and humans got their first glimpses from new vantage points up high.

Over the next century, balloons and dirigibles (steerable balloons) provided opportunities to see the world from different perspectives and they were soon aiming for the moon. Scientists already knew the moon was extremely far away in space, but floating in the night sky and looking to the moon and stars was still an experience very new to humanity. We were no longer earthbound.

Once the airplane was invented and powered flight became more common, especially due to the needs of war, new aviators soared over landscapes and when flying at night looked up into the expanse of space on occasional nighttime flights.

In my mind, there is an intimate connection between pilot’s watches and our fascination of space, the moon, and the expanding sky; they have pretty much always been along for the ride.
That’s why the IWC Big Pilot’s Watch Constant-Force Tourbillon in the special “IWC Racing” edition piques my interest and reminds me of that history. This latest iteration of the Big Pilot’s Watch Constant-Force Tourbillon is new for 2021 and provides an extremely attractive proposition for the historically minded pilot’s watch fan. Let me show you how.

The focus is the constant force tourbillon, which would normally be an uncharacteristic addition to a pilot’s watch. Having showed up previously in a couple Portugieser models, this is not the first time we have seen it in a Big Pilot’s Watch either.

The constant force tourbillon first appeared in a Big Pilot’s watch in 2019 in the Le Petit Prince edition (and was even entered into the 2019 Grand Prix d’Horlogerie de Genève in the Chronometry category), making it the very first pilot’s watch from IWC to feature any kind of tourbillon, let alone such a cool one.

Now, two years later, this movement is the foundation of the Big Pilot’s Watch Constant-Force Tourbillon Edition “IWC Racing” and, like the “Le Petit Prince” edition, it also features a power reserve display at 4:30 and a double-hemisphere moon phase at 1 o’clock.
Setting it apart from its predecessors, the aesthetic of the Constant-Force Tourbillon Edition “IWC Racing” has shifted to high-tech motorsport thanks to a different typeface for the numerals, a new layout for the power reserve, and a very different look for the double-hemisphere moon phase.

Additionally, nearly all of the features are either black, white, or dark grey with little touches of yellow throughout. The movement follows the dial with new decoration and treatment, even the case is getting in on the shift with the use of Ceratanium (titanic and ceramic) for a matte-black appearance.

The constant force tourbillon, its balance beating at a sedate 2.5 Hz (18,000 vph), makes one-second (dead-second) jumps and delivers consistent energy to the balance for the first two days of its four-day power reserve. After 48 hours, the tourbillon cage switches from the constant force to a standard 2.5 Hz escapement, a change that is visible thanks to the second hand mounted on the cage.

The constant force mechanism utilizes a small hairspring mounted to the escape wheel, which is charged every five beats of the balance (once per second). A triangle-shaped cam is mounted to the escape wheel pinion and as it rotates it drives a lever shaped sort of like a tuning fork that releases a second escape-style wheel (named the stop wheel), which rotates 30 degrees and moves the tourbillon cage once every second.

There isn’t any hard chronometric data (as usual) for the constant force tourbillon, but for the first 48 hours of the power reserve it should hold its rate very consistently regardless of the rate to which the variable-inertia balance is adjusted. This is by far the biggest feature of the Big Pilot’s Watch Constant-Force Tourbillon. And with a gold balance wheel and polished cage components against the black dial and bridge, it stands out spectacularly.
The porthole in the dial for the constant force tourbillon is asymmetrically balanced on the opposite side of the dial by the moon phase indication on top and the power reserve display on the bottom, which has a definite gauge or meter appearance to it.

The power reserve subdial is divided into two rings, the outer one showing a sector-style hour scale and the inner one showing days. It is definitely reminiscent of motorsport inspiration.

Moons above and below
The moon phase dial helps the power reserve indication to offset the large tourbillon, but the “IWC Racing” edition has the most subdued moon phase look in this collection to date.

With an extremely clean and simple black subdial with two openings in it, the unadorned moon slowly fills the dual windows to represent the phases in both the northern and southern hemispheres. There is no field of stars, no polished details to shine; it continues with the rugged black-and-white theme with the only decorative detail being a miniature continuation of the groove pattern found around the periphery of the dial.

I love the simplicity of the moon phase in this context, especially considering its accuracy. It ditches the typical (and now somewhat stale) standard moon phase gearing that simply sees a moon phase disk with 59 teeth with an accuracy of one day’s deviation every two and a half years.

But it goes further, also ditching the more accurate 135-tooth setup, which offers a single day’s deviation every 122.5 years.

The IWC moon phase mechanism, first unveiled in 2015, instead opts for a compound gear setup that fine tunes the gear ratio for a much more accurate monthly rate. Using an intermediate gear with an 83/47-tooth compound setup (two prime numbers), the resulting accuracy is one day’s deviation every 577.5 years, a very respectable number.

As a moon phase nerd myself, I am always happy to see watches that don’t settle for the average, and it’s clear that there isn’t much about the Big Pilot’s Watch Constant-Force Tourbillon “IWC Racing” that seeks to settle.
The case is another highlight as it is made from Ceratanium. This a ceramized titanium material sintered with ceramic to create a rock-hard exterior around the ultra-light titanium interior. It allows for a black surface without any additive coating like DLC, ADLC, or PVD.

The ceramic is fully bonded atomically to the titanium and is permanent thanks to the unique titanium alloy and sintering process. This is the first Big Pilot’s watch in Ceratanium and it is a great fit aesthetically.

As I previously mentioned, this is carried into the movement visible on the rear, which has been black rhodium plated to match the case. The bridges have machined inserts that are supposed to be reminiscent of engine components, with only the jewels, engraving, and going train standing out in other colors.

Black is definitely the modus operandi with this piece, and it continues through to the Alcantara and rubber strap with yellow-gold stitching, providing a cohesive theme across every detail.

The IWC Big Pilot’s Watch Constant-Force Tourbillon “IWC Racing” Edition is clearly designed for those seeking stealth in their watches while also still wanting to show off when desired. The constant force tourbillon is perfect for that, but positioned on the left-hand side of the dial it could feasibly be hidden under the cuff, more often than not remaining incognito.

This latest iteration of the constant force tourbillon mechanism and its combination with the Big Pilot’s collection in the blacked-out “IWC Racing” edition feels very aesthetically successful for such a non-traditional combination.
It may not be for every pilot’s watch fan, but the very limited nature of the watch and the price tag make that a non-issue. There will always be people who crave a dark look in their horology, and this is an awesome iteration with very purposeful details that I appreciate immensely.

I look forward to being able to spend some time with the Big Pilot’s Watch Constant-Force Tourbillon in the future, but hopefully not too far into the future!
The IWC Big Pilot’s Watch Constant-Force Tourbillon Edition “IWC Racing” by IWC Schaffhausen takes inspiration from the technical world of motorsport. The timepiece features IWC’s patented constant-force mechanism, which transmits even impulses of force to the escapement, ensuring a highly exact rate. The matte black Ceratanium case of this futuristic timepiece houses the fully blacked-out 94800 mechanical hand-wound calibre.

The dynamic world of motorsport and the beauty of advanced racing machines have inspired the IWC Big Pilot’s Watch Constant-Force Tourbillon Edition “IWC Racing” (Ref. IW590501). Limited to 15 pieces, this unique timepiece combines IWC’s complex constant-force tourbillon with a matte black Ceratanium case and the iconic Big Pilot’s Watch design.
The 94800 calibre is one of the most complicated mechanical movements ever designed in Schaffhausen. The patented constant-force mechanism disengages the escapement from the direct flow of power through the wheel train and transmits completely even impulses of energy to the escape wheel.
In conjunction with the tourbillon, which compensates for the negative influences of gravity on the oscillating system, this ensures a highly accurate rate. The plates and bridges are fully blackened having undergone an elaborate rhodium-plating process to match the colour of the case. The movement, which is reminiscent of an engine block, can be viewed through the sapphire glass back.
The 46.2-millimetre case, striking conical crown and pin buckle are all made of Ceratanium. This IWC-developed material is light and robust like titanium but also similarly hard and scratch-resistant like ceramic. Other characteristics of Ceratanium are its skin-friendliness and unique matte black finish.

The dial side offers the dazzling views of the constant-force tourbillon at 9 o’clock. The watch also incorporates a double moon phase display at 2 o’ clock for the northern and southern hemispheres. White numerals and yellow-coloured accents imitate a dashboard, while the power reserve display at 4 o’clock is reminiscent of a tachometer.

The louvred, ring-shaped structure of the outer dial ring takes inspiration from the cold air intakes of a high-performance engine. The black rubber strap incorporates a detail from the world of racing. It features an inlay made of Alcantara, a synthetic and durable micro-fibre with superb grip, which is often used for the seats and steering wheel covers of performance cars.