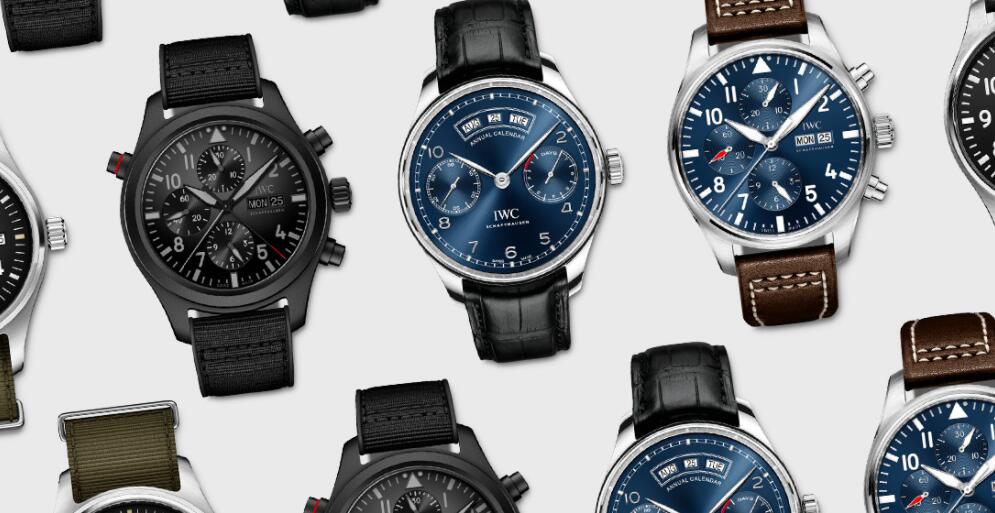 The world of high-end watches is full of well-respected brands with illustrious histories. IWC – or the International Watch Company – is one such brand with a history that’s worth looking into. The company was founded in the Swiss town of Schaffhausen in 1868 by Florentine Ariosto Jones, a watchmaker who had previously worked in Boston, USA.

Jones wanted to start his own company to produce watches that combined intricate and technical Swiss craftmanship, with the modern-for-their-day technologies introduced by America and other overseas countries. IWC was born, and it started life by making pocket watches, before expanding into wristwatches for men and women.

It was thanks to a chance meeting with Johann Heinrich Moser – who not only supported Jones’ vision but had built his own hydropower plant in Schaffhausen – that Jones found the vital component to power the high-tech equipment he needed to use in order to produce his watches. Jones then moved to a new factory, still on the Rhine river, to accommodate the growing number of staff.

It wasn’t until 1974, when a huge rise in gold prices and a major drop in the value of the Swiss Franc against the US Dollar, that forced IWC to switch to using titanium as a material – a first in watchmaking – a practice it still continues to this day. Today, IWC makes a conscious effort to be as sustainable and environmentally friendly as possible and was voted number one in a group of 15 Swiss-based watch manufacturers for its environmental rating.

While the company does produce dive watches, it’s perhaps best known for its association with aviation, with its first Pilot’s watch arriving in the mid-1930s. This watch could operate at temperatures as low as -40 C to 40 C, had an anti-magnetic escapement and a rotatable bezel so pilots could mark their take-off times.

How to care for your IWC watch?
To keep your IWC watch looking great, a little bit of water and elbow grease is enough. For the strap, polish with a little cream and soft cloth.

Which IWC watch is the most popular?
IWC is known for its pilot watches and titanium material. These aviation watches are divided into five categories – Classic, Spitfire, Top Gun, Le Petit Prince, and Antoine de Saint Exupery.