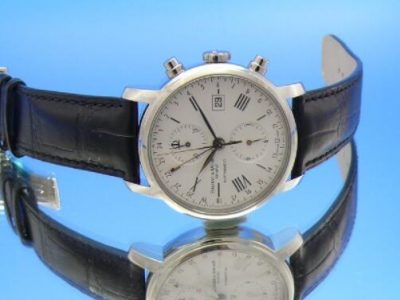 Originally founded in 1830 in Les Bois, Switzerland, Baume and Mercier Classima Chronograph took its current name in 1918 under the leadership of William Baume and Paul Mercier in Geneva. Now a member of the Richemont group, the manufacture is known for its Clifton, Classima, Capeland, and Hampton lines, most of which fall into the […]