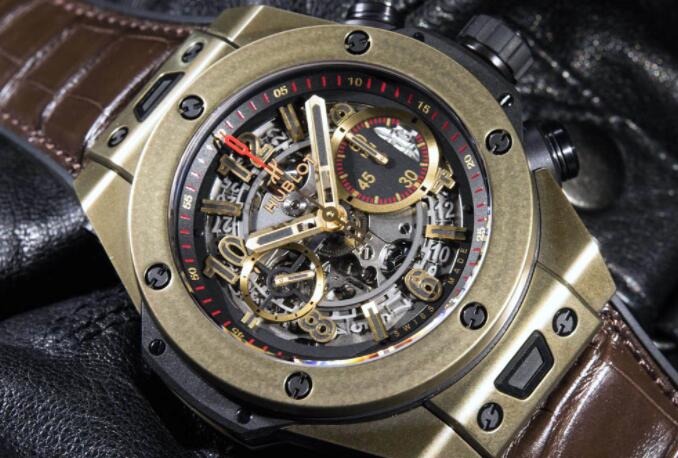 So, while fusion sounds good and is arguably “sexier” than “alloying,” the latter is what better describes the process. Magic Gold is a combination of gold, made hard through alloying. Alloying is the addition of other atoms to a liquefied form which, when you cast it, forms an alloy that then solidifies and retains its identity as something that, in this case, is fully metallic with the ceramic as part of its structure. If you’re a chemistry professor/teacher and have a technical comment on this, you are invited to leave it below.
So, all this technical who-do-you-think-you-are and the result, again, is an alloy that is certified to be 18k gold (like any other watch) but is 2.5 times harder than those and almost twice as hard as most hardened steels. The alloy and the manufacturing technology is protected by a bunch of patents and, Hublot says, the brand has been approached by other brands from the watch and other industries to purchase it – but Hublot says they have not and will not share the Magic Gold technology anytime soon. Last but not least, they say this alloying process can be used to merge ceramics with other precious metals and that other “magical” materials can be expected – though no word on when.
I’ve had the Hublot Big Bang Unico Magic Gold for 10 days or so, which really isn’t enough time to emulate the trials imposed on a watch case through years and decades. But, that hasn’t stopped me from trying. I have not refrained from wearing this Big Bang as much of the time as possible and haven’t practiced too much concern or excessive care. I reached into my backpack (seven layers of watch hell in there) looking for stuff, wore it when washing the car, and just generally, wore it through the day…