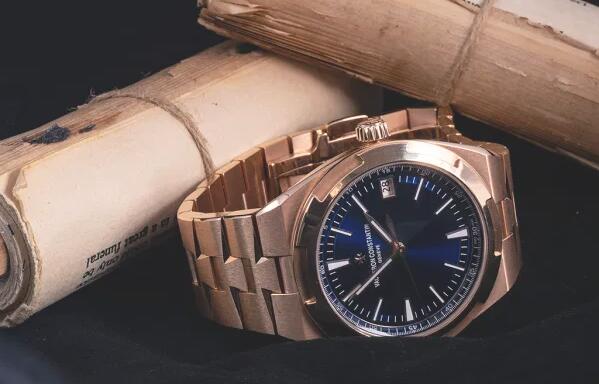 Like I said when the same treatment was applied to the Overseas Perpetual Calendar, while this new model doesn’t bring anything actually new to the table, it does expand upon a popular line with the addition of a mount that a lot of customers must have been asking for (especially for a watch characterized by its inclusion of several straps and a tool-free way of changing said straps). Functionality remains entirely unchanged, with the Vacheron Constantin Overseas Self-Winding sitting pretty at just 11mm thick with 150 meters of water resistance, Vacheron’s 5100 automatic movement, and a sapphire display caseback.
Hitting boutiques with a price tag of $46,200, this all-gold Overseas Self-Winding represents a considerable jump up from a steel version ($19,600), but may offer a strong middle ground for those wanting a more precious experience without having to pony up some $88,500 for the Overseas Perpetual Calendar. Regardless of complication (How long will we have to wait to see this bracelet added to the pink-gold version of the Overseas Dual Time?), it’s simply hard to beat the blue/gold effect, and this new model seems a strong addition to the Overseas lineup.